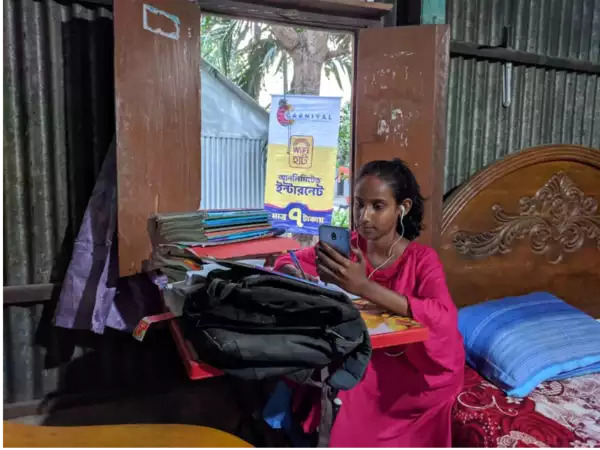 What I learnt about Bangladesh from Dilruba and Liton, says Pankaj Singh, Founder of Code n Creative

India, 7th September 2022: It was my first time in Dhaka, the bustling capital of our neighboring country – Bangladesh. Early March has its charms, with cool weather right after the February chills. And when you synthesize the famed hospitality of the people here, what you get is nothing short of a remarkable impression that left its endearing mark in my heart. Trust me, I feel like going back there again.

The city looks like it’s getting ready for the blaze of an upcoming Olympic. Marks of lasting construction, noises of fast development, and hurries of moving ahead – you can see, hear, smell, taste and feel with all your five senses. The country was then getting ready for the final touch of the inauguration of the massive Padma Bridge – the country’s pride emblem. 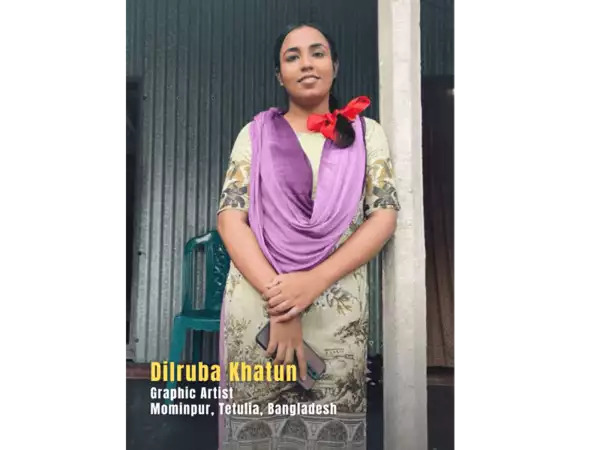 However, you will know very little about Bangladesh, if you confine your lenses in and around Dhaka. Yes, you see strong strides, backed by noteworthy policy frameworks and unsatiable growth intents. But the real stories are being knit outside Dhaka, where a strong force of “can-do” attitude is rising on the background of great initiatives by the country’s prime minister Sheikh Hasina and her administration.

Bangladesh is becoming a hotbed for freelancers globally. With a base of 650 thousand freelancers earning $500 million a year, the government is gunning for raising it to $1 billion per year, from stretching the freelancer number to 10 million by 2025.

When I heard the startling story of Dilruba Khatun of Mominpur, Tetulia, in the Northern part of the country, I knew in my mind – the target set will definitely be achieved. With a basic desktop computer borrowed from her cousin brother, she learnt graphics design, and now works as a part of a freelancer group that does backend graphics job of one of the fastest growing eCommerce platforms of Southeast Asia. It’s unbelievable, but true, that, how she transformed her identity from a mere village girl to a freelance graphic artist, and that too from a remote village of the country’s once-upon-a-time poverty stricken part. The government took a drive of “Gram Hobey Shohor” (Village to become City), and laid the path for infrastructure providers to expand their footprints. Fast growing rural electrification, mingled with infrastructure building to support “Digital Bangladesh”, helped serious players take true fibre broadband to the often-neglected village masses. And that is when, many such Dilruba Khatuns started to spring up – here and there. When I heard about the story, saw the picture of the girl, flaring her self-assured smile on Carnival Internet’s (concern of Dotlines Group) office wall, it instantly filled me with renewed hope for the future.

Like the world, Bangladesh also came out of two years of unprecedented Covid strike, in the first quarter of the running year. But very surprisingly, the extent of energy I saw and felt all around me, instantly took me to Alice’s Wonderland, where nothing ruinous happens. The people I met, the places I went, and the drives I witnessed – they only told me – the country’s top leader to the last person, each holds an unfathomable volume of resilience.

Let me tell you a story, and you can't help but agree with me.

Liton Debnath is an SME owner, doing dry fish business in the coastal town of the Cox’s Bazar. During the sudden Covid lockdown days, all his 3 shops were shut down, like all others. Since he does wholesaling, he had enough stocks stuck in the stores. Since it’s food, if they are held for few weeks, the entire stock will expire, he will lose a significant sum, and his entire financial flow will come to a dead-end, the result of which he didn’t want to imagine. He sought help from a delivery company called eCourier. We hear stories of going extra miles, and I think, I heard the same (or more) here. The delivery company made special arrangements with the wholesale community, organized a special stock pick-up under restriction from all 3 shops of Liton and took them to the delivery company’s local warehouse, under a single roof. They made him to operate via phone, helped him to go online, taught him the basics, and made sure – every order got delivered not only to his nearby towns, but also to other parts of the country. When Liton was dreading for the worst during the lockdown, he bounced back to hit the best time of his entrepreneurial career. Country-wide delivery infrastructure, with the touch of practical technology and honest intent builds many such success stories every day – I am sure of that. Bangladesh is the home of more than 300 thousand small and medium online merchants, while thousand more joining every month to the pool. These bulging numbers and such uplifting stories, even during the most challenging times are the testaments of an unstoppable spirit within.

My visit to Bangladesh last time, is not complete, I feel. The next time I go there, I will try to meet Dilruba Khatun or Liton Debnath, to figure out – how that spirit from the country’s top leadership found its way down to the vast mass; or may be, the spirit was always there and they are now being able to live on it, only to rediscover it in a fuller scape. 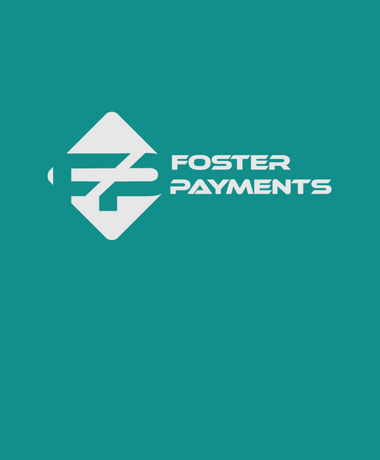 Statement from Financial Auditor A. Qasem and Co. on Foster & Qcoom issue 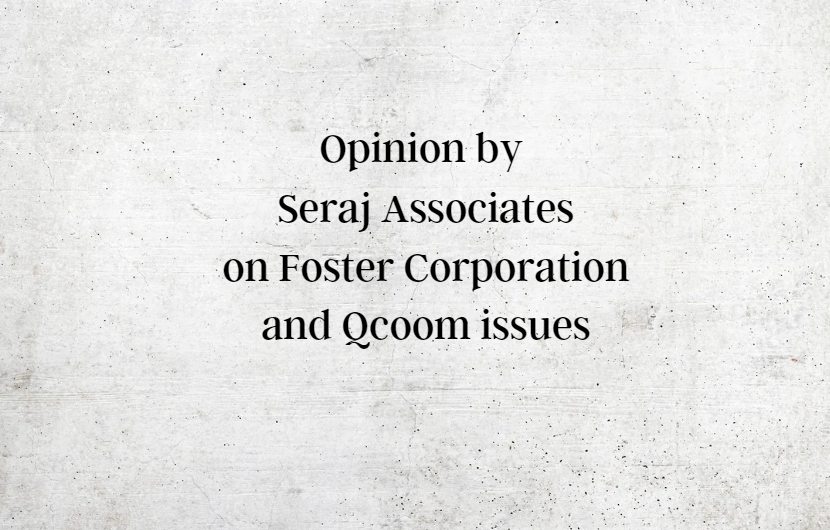 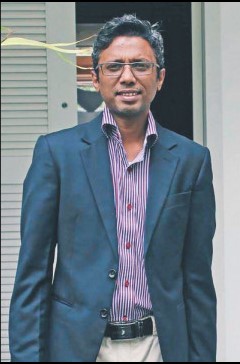